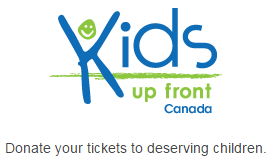 JOSEPH DOMINIC BAUER from Switzerland – Our RINGMASTER and DAREDEVIL Extraordinaire! Born to Swiss parents, Joseph Dominik Bauer comes from a 9th generation pedigree of circus performers. His accomplishments in the world of the circus and aerial thrillsare astonishing. His numerous Daredevil feats over 39 years include performances on the 50’ Wheel of Destiny, High Wire, Stunts, Skywalks, Sway Poles, & the Incline Motorcycles. He has been featured on every major network in the United States, headlined Cirque de Soleil, Ringling Brothers, Barnum and Bailey Circus, Circus Sarasota, Equitana USA, Piccadilly Circus, Moscow Cirque and more. And now Joseph Bauer happens to also be one of the finest and most sought after ringmasters in the circus world today.

THE FLYING CORTES FAMILY from Colombia, South America
This is the only act of its kind in the world. Originally from Colombia, South America, the Flying Cortes is led by Robinson Cortes, his wife Aleda (from the famed Wallenda’s) and family, as they meticulously execute unbelievable acrobatic double, triple and quad maneuvers through the air. You name it, the famed Cortes have performed in every major circus in the world, won International Circus awards, been featured on National Television many times, and have been asked on numerous occasions to compete on Americas Got Talent. Get ready to sit on the edge of your seats in amazement!

The STRONGMAN Comedy Act from Russian.
What can you say? It’s a very funny silly act that will keep you guessing. But, oh, we can’t let it out of the bag. Just get ready to have “fun”.

THE XTREME CHINESE ACROBATS
This traditional Chinese cultural showcase masterfully executes movement of acrobatics, beauty, colour, and wonder. You’ll be mesmerized by the cast of 6 women and 2 men in an all new showcase beautifully choreographed with movement, grace and strength in the various acts including; Chair Balancing, Slack Wire, Chinese Vase Juggling, Diablo, and Contortionists. The finest celebration of Chinese circus history is a virtual feast for the eyes.

The ROLA BOLA ARISTOV
George Aristov from Russia is known as the master of unique balancing as he executes various hand balancing athletic skills while suspended in the air. He has performed at NBA games, the CNE, and circuses un the United States. On the ground George also performs the geometric CUBE MAZE.  The incredible spinning and twirling illusion is performed with precise hand-eye coordination that is fast and furious!  It’s unlike anything you’ve seen before.

The ARISTOV JUGGLING DUO of Igor & Tatiana
Quite simply Igor and Tatiana Aristov will dazzle and astound with blind precision. They have performed around the globe in Russia, Africa, South America, USA and Canada at many productions include the Moscow Circus, Cirque Musica, at the Canadian National Exibition, and on numerous television specials. This astounding Russian Aristo husband and wife team are non-stop!

The TZ AERIALISTS
The very gorgeous and talented Ladies of the Air from Mexico, Columbia, United States, China Europe and Canada will take you into a world of perfection as they flow effortlessly through the air high above the circus ring.  This team of amazing aerialists represent the multi-cultural talent of  the Royal Canadian family Circus under the Big Top.

XTREME DOMINGUEZ Family Motorcycle Globe
Witness the death defying feats of skill and bravery of the thrilling Dominguez Motorcycle Globe. You will be astounded by these dare devils performing with speed and guts, as they are constantly raising the bar beyond your wildest dreams. There is no room for error as this 8th generational family from Columbia continue to push it to the limits of what’s possible. In 2004 the Dominguez family broke a world record in Toronto, Ontario, when they had 8 motorcycles in the Globe at one time. Get ready to sit on the edge of your seats in amazement!

festivalXpress is official wordmark of